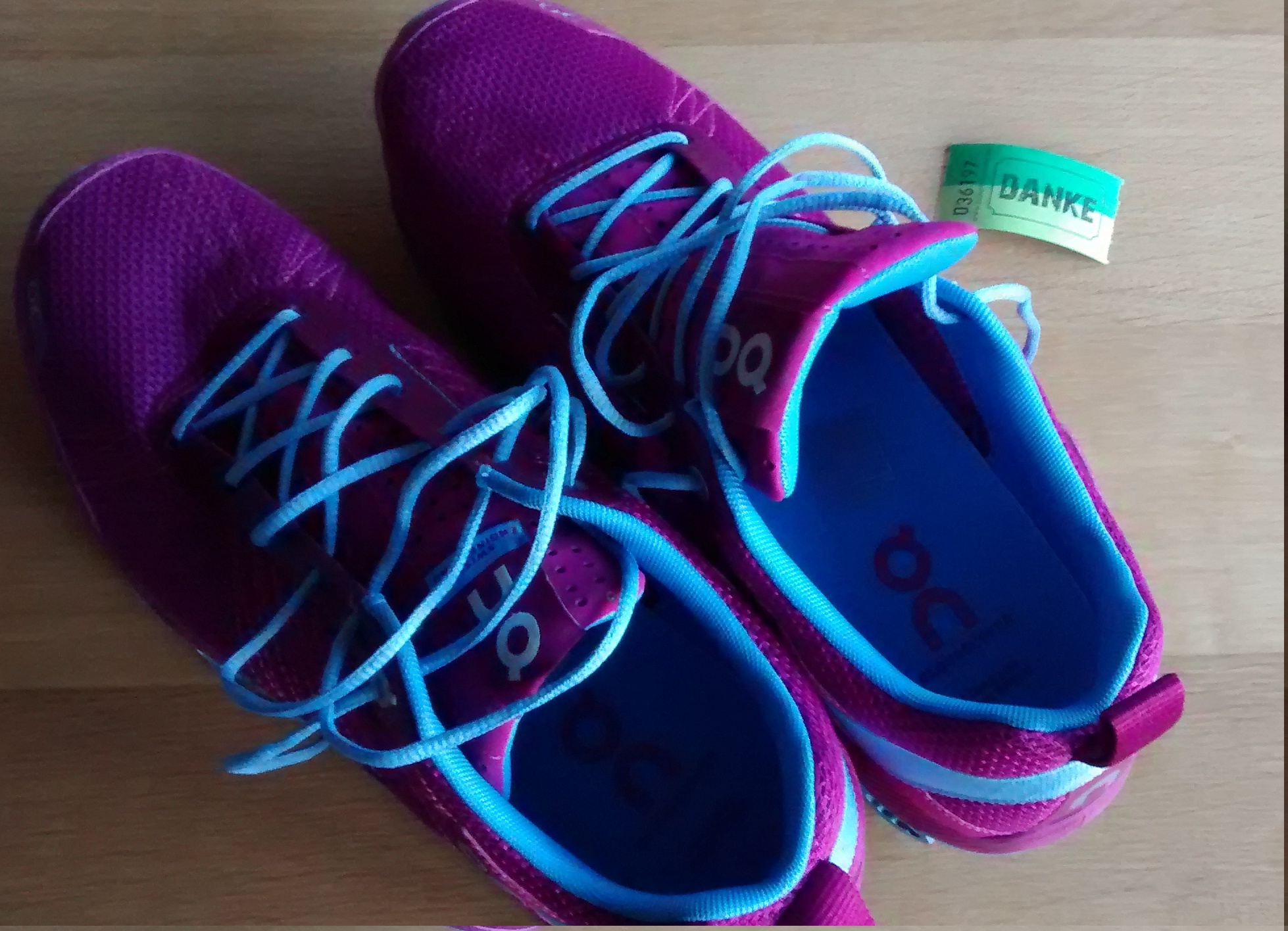 A couple of days ago I set one of my targets for 2017: I’ll do the full Marathon in October 2017. I actually signed up, payed the fee, whoop! No way back! Yes, of course, there would be a way back e.g. I won’t risk my health if I might have a serious cold at that time. I noticed that it is more about having this target. It is about the way to getting there.

It’s all about the way…

I pretty much look forward to the regular running practise. I love being outdoor ever since. I like the flexibility I have when I’m running on my own – I am with myself and my thoughts. It is quite like meditation for me. Of course I also enjoy running with friends or other people in general – but it is something different.

Let me elaborate a bit more on the ‘meditation thing’ running has for me… . Every time I decide to put my shoes on I sense into my body which lap I could do today. How fit do I feel? How is my mood? Stressed? Angry? Just sat too much? Joyful? Powerful? After that I start moving… . And sometimes this is not easy, especially on foggy or rainy days (which there are a looot here at The Lake), but I never ever had a single run which I regretted to start. Really! Every single time I feel better after running… and often already while running.

Looking back: how did it all start – this running thing?

To be honest, I was not born as a runner. I wasn’t into sports at all. In school I always had bad grades in sports. Either I hated the kind of sport we had to do or I just was not good at it – or both. Ok, swimming was quite nice (I wasn’t good at either, but somehow I liked it anyway) but since I moved for my studies and later again for work I stopped it. Mainly because of the lack of a good public pool. So somehow an “equipment issue”.

Then I remember taking part in a public 10 km run in Munich when I was 17 (so ages ago now ;-)). It was more for fun and because my mom participated so we formed a team. Over the years I always had a pair of running shoes but I was a lousy runner. Practising happened perhaps once every second month. Nothing regular.

Five years later I started working here at The Lake and I also started running again with a friend. First we want to practise for a 10 km run but then she was handicapped so we decided to do Nordic talk… err… walking. Yes, I did not take this ‘walking thing’ seriously. We did the walking thingy twice a week and I also went out alone for a 3 km run once a week. It was fun doing the basic endurance training while walking with my friend and it was stress-reduction when I did the power running round on my own. We did that for almost 2 years. Somehow it became a habit.

So I got used to go outdoor for stress reduction and grounding myself. This habit also helped me a lot in 2011 and 2012 when I had a very close friend suffering hard from depression. I knew & felt I could actually not ‘help’ him so I often was ‘just there’… even if it sucked out my energy. Oh boy I can’t tell you! Every time I visited him I also had my running shoes with me. And I knew: a short, brisk running tour would help grounding me & to gain new energy for just being with him.

To sum it up: I kept the running habit and even extended it. My shoes are now with me on business trips, when travelling for my distance studies and on holiday. I enjoy being outdoor. And I enjoy being flexible. Basically just shoes & running bra – that’s it! Easy, isn’t it?

In 2013 some colleagues at work decided to do a weekend trip to Freiburg and do the half-marathon there (in April, so early after winter!). I definitely wanted to join but there was no 10k option for me. Only marathon and half-marathon distance. As just waiting for about two hours from start until they return and cheer them up was no option I bravely decided to sign up for the half-marathon. At that time I did the 10 km in a bit more than an hour, I never ran more than 13 km (had no timetracking at all)… but somehow I was convinced I will do the 21 km in the 5 hours they provide until the race track closes down. Huh, braveness and self-confidence. Here you go!

In short: it was a great race! I did not have any expectations except “finish healthy” and “keep running (even if other people walk faster)”. And I learned: it is not about being fast – it is about knowing about your power, your abilities… and to spend them wisely.

Running is also like ‘walking the dog’ – a bit on mindfulness

When I was a child, we had a dog. Her name was Laura and she needed to get a walk three times a day. Maybe I got infected with the outdoor virus in that time. It took me quite a while to realise I could go out “like having a dog” even without one. Key things for me are: do it regularly and let weather conditions be no excuse at all. Recently I noticed that even without a physical dog running is like walking the dog.

If you’re into mindfulness practices you might know about the concept of observing your thoughts as they flow and let them kindly pass by. You practise not to stick to a certain thought or ‘think something deeper’. You just observe and let the flow go. This is easy to understand but hard to practice.

I recognized that I am in such a mindful state while running. And my thoughts are like a young dog… I let her go and run on-sight… sometimes she runs away (=thinking too deep/sticking to a thought), then I call the dog kindly and let her run on-sight again… just that she’ll run away again, I call her kindly again… put her on-sight… until the running tour is finished.

Above all, being outdoor, moving your body and regular bits of mindfulness can also help you if your mental dog (sometimes) is a black dog. 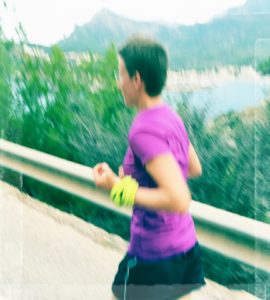 Are you a runner, walker or you just enjoy being outdoor? Do you have experience with mindfulness? Let me know what you think – I am curious about your thoughts.